The principle of bingo is to achieve the correct pattern of numbers from the numbers called out. It is mainly down to luck as you are presented with pre-formed cards with numbers on them. So, if your card does not have the number on it, skill will not help you, as there is nothing you can do to change it. It is a game of chance. So, surely this means the odds are the same wherever you play it?

What are the Benefits of Online Bingo?

Playing bingo online has several advantages, the first of which is that it is often considerably less expensive than going to a physical bingo hall. You may play free bingo games online without spending any money, and even if you do decide to play for real money, the buy-ins are typically far smaller than at traditional bingo halls. You can play for pennies, nickels, dimes, quarters, etc., depending on your budget.

Another significant advantage of playing online is that there are considerably more games to choose from than there are in physical locations, so you’re much more likely to find something that fits your schedule and budget. If you grow bored or start losing, you can easily switch between different games.
Many online bingo sites also provide bonuses and loyalty programs that allow players to earn rewards such as cashback and free tickets simply by playing 90 ball bingo.

Finally, one of the most significant advantages of playing online rather than in person is the ability to do it from the convenience of your own home. This means you’ll save money on travel, refreshments, and snacks at the venue, and you’ll be able to play while relaxing at your own home.

What are the Drawbacks of Online Bingo?

While there are numerous benefits to playing bingo online, there are also some drawbacks to consider.
The first is that while you’re playing online, it’s generally more difficult to socialize. In a physical hall, there are usually chats and other activities surrounding the table that let players engage; this isn’t always available when playing online. There is usually an active chat room, including a chat host, but it is not the same as in real life.

Another disadvantage is that some people may find it more difficult to relax when playing online games.
This is because players and staff members do not have a physical connection, it is easier for people to become sidetracked and lose more money than they anticipated because they are unable to play mind games with their opponents. If this is true for you, it would be a valid case against; is bingo easier to play online.

Furthermore, when not surrounded by other players, some people may find it difficult to concentrate, resulting in missed calls or inaccurate card marks. Additionally, unexpected issues with internet access or software might create annoyance and game disruptions.

What are the Benefits of Playing In-Person Bingo? 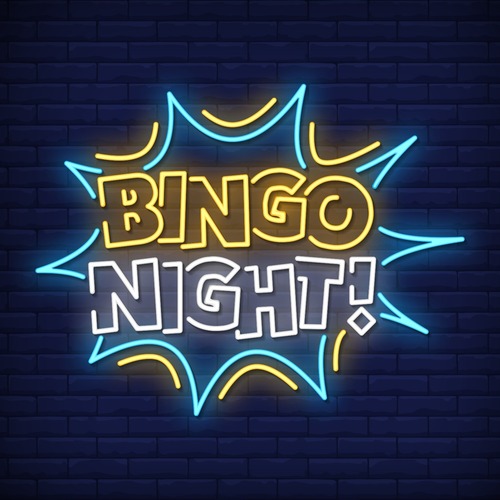 The biggest advantage of playing bingo in a physical location over playing online is that it is a more sociable experience. Bingo players love in-person games because they love chatting with other players at the table and exchanging laughs and banter, which is just not the same when playing bingo online.

Physical bingo halls also provide a better atmosphere than online bingo halls. It can be more thrilling to play in person, with music and chatter going on around you, and it can be simpler to get into the game’s groove. Finally, some people enjoy the feel of playing bingo in a physical location rather than on their computer or phone.

You should also consider that many people prefer to play in a group environment rather than alone, so traditional bingo may be the best option for you if you’re seeking social interaction.

What are the Drawbacks of Playing In-Person Bingo?

Although there are several benefits to playing bingo in person, there are also several disadvantages to consider. The first is that it may be quite costly, with buy-ins frequently exceeding those of online games. Furthermore, traditional venues sometimes offer a less selection of games than online venues, which means you might not be able to pick a game that fits your schedule or budget.

Another disadvantage is that physical venues can be noisy, making it difficult to hear the caller or converse with other players; this can also cause game disruptions as players try to speak over the noise level. Finally, getting to and from the bingo hall can take a long time, especially if you live far away from any nearby halls.

Is Bingo Online for You?

Some could argue that playing in the comfort of your home without the excess noise of a hall, you are more alert to the numbers called and will not miss them; something that can happen in land-based bingo. You are also less likely to have as many cards or sessions in land-based bingo because it is a little more expensive, and you are there for a set amount of time. If you are playing online, you can play any time, heightening your chance of collecting the winning numbers.

However, land-based bingo is very straightforward and explained clearly. The halls can get noisy, so the caller is clear, and every aspect of the game is covered before you start. You also tend to have larger cash prizes in land-based games. There is less chance of fraud etc., when money is not being handled online, something online games have to be wary of.

Overall, we believe that playing bingo online has several advantages versus playing bingo in a physical location. For many players, online bingo is a more appealing alternative because of the lower fees, a larger variety of games available, and the ease of playing from home.

Many players prefer the social contact and excitement of playing in a group setting, and traditional locations offer a better atmosphere than online venues. Physical bingo halls, on the other hand, can be noisy and expensive.

So, in a nutshell, there is no one way of playing bingo that is easier to play or win. It is all down to choice. Each player must decide if online or live bingo is the best option for them. You may discover you have a preference, so stick to that and hope that lady luck is on your side. We hope this has answered the question a lot of online players want to know; Is or isn’t Bingo Easier to Play Online?