This page was Last Updated on September 28, 2022 by bingoguy 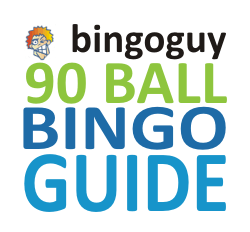 One of the most popular varieties of bingo played online is a version known as 90-ball bingo. The name, of course, comes from the number of balls used in the game. These balls are numbered from 1 to 90. They are then randomly selected, and the numbers are called out to players so they can mark them on their bingo cards.

How to Play Bingo 90

A standard 90-ball bingo game uses a total of 90 balls. A bingo caller will call each number, one at a time until the winning cards are identified in a live hall. The same is true for an online game, though the balls are chosen by computer software. Each number will be called out only once during the game.

When a number is called, locate it on your card and mark it with your dabber. In an online game, you will most likely have the option of having the computer auto-dab your numbers for you or doing it manually. Some players prefer to dab their tickets when playing online because it creates a more interactive experience, but this is entirely optional.

A 90-ball bingo game ticket is made up of a 3 x 9-number grid. Each row of nine boxes has five numbers and four empty spaces. The lines are arranged as follows:

We can’t find any reason why there are two different sets of numbers, but that’s how it is. Just make sure that you check which type you are playing before the game starts.

90-ball bingo is almost always played on a single strip, with a total of six tickets used per round. The 90 numbers used in the game are distributed across the six tickets (with blank spots filling the remaining positions) so that each number appears on at least one of the six tickets.

While the basic play of 90-ball bingo is somewhat similar to other versions, the bingo card used in this game is not. In comparison to other bingo cards, it is quite different. The bingo card used in 90-ball bingo is made of three rows divided into nine columns. This creates a total of 27 spaces on the card. However, not all of these 27 spaces are filled with numbers. In each row, only five of the nine spaces have numbers in them. As a result, four spaces are left blank. Overall this creates only a total of 15 numbers on each of the bingo 90 cards. 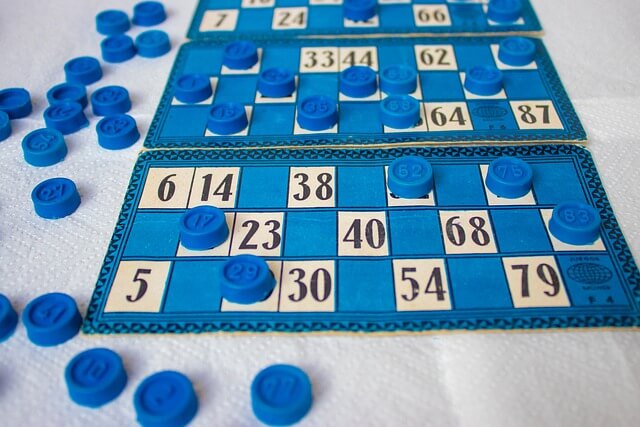 How to Win 90-Ball Bingo

What makes 90-ball bingo unique is that each round can have up to three different winners. You can win by getting a one-line, two-line, or full-house bingo. Here’s how each winning variant is broken down:

If you play in a live bingo hall, you must shout “BINGO” to notify the bingo staff that you have a winning bingo combination. There will be three bingos in each game.

The round ends when all three winning combinations are announced, and you can then discard your used ticket strip and prepare to begin the next round with a fresh strip. This will be done for you in an online game.

There are three winners in each game, but the full house winner would receive the largest prize. If you are new to 90-Ball Bingo, you should give it a try. Once you learn to play bingo 90, you will soon realize how much fun this game is.

How Much Can You Win in 90-Ball Bingo?

Many halls and online providers will have guarantees attached to some of their games, which ensure that the winners will receive a set minimum amount of prize money regardless of how many players are in the game.

Where to Play Bingo 90

90 ball bingo is the most popular bingo game in the UK and is offered at all of our top UK bingo sites. To learn more about these sites please check out our uk online bingo sites page. It is also the most popular type of bingo in Australia. You can view our Aussie Bingo Sites for more information.

If you enjoy traditional bingo games, you will enjoy 90-bingo. It is available on almost every online bingo site. Some players prefer it because it gives you up to three chances to win each game, and it’s a game that builds in excitement and tension as it progresses, adding to the fun. You can learn more about 90 ball bingo on the Bingo UK Wikipedia page.

90-Ball bingo is ideal for newcomers to the online bingo world, as you will most likely be given the opportunity to play some free bingo games when you first sign up. As a result, people have a good opportunity to practice and hone their online bingo skills before making a cash deposit on the site. Good luck everyone. We hope you enjoy playing 90-ball bingo.